I Can See from Here 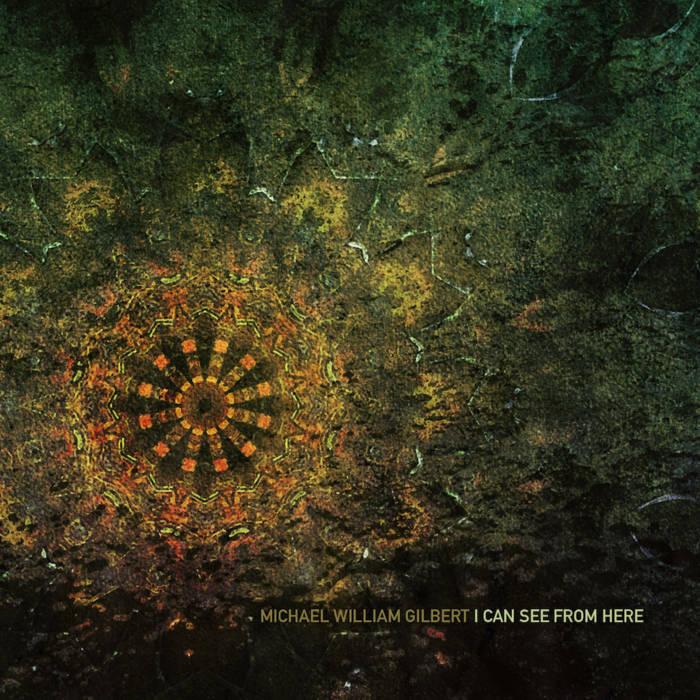 "I Can See from Here is based in electronica with dashes of experimental mixed throughout. Apart from noted guitarist Peter Kaukonen on track thirteen, all the sounds and performances on this album are by Michael William Gilbert, and this is a journey through many of the various types of electronic music.

Using synths, loops, samples and drum machines, it is quite a propulsive album, with opening track 1, Dark Horizon bubbling away with percussive loops and sounding a little like an 80s Eno album. Track 3, Eyeless in Gaza, includes treated voice samples in an ethnic rather than a choral manner. Some of the tracks are short interludes between longer pieces, and everything seems to flow onwards.

There is a 'journey' aspect to the album and whether it is through life, the world or sound is up to your own ears and brain. The music flows and ebbs, with some sections more jazzy or experimental. The nature of the music is in keeping with Brian Eno’s 80s/90s style rather than than say the influences of Jarre, Vangelis or Tangerine Dream.

The composer/musician is playful with the nature of sound and stretching the musicality as far as it can go at times. Not to say this isn't a listenable or accessible album - far from it, there are some great melodies to be found in the vignettes and in the longer pieces." - Borderlands

Recorded and mixed at Jeep's Little Corner Studio in Amherst, MA, except the guitars on "Amerikan Dream" recorded at The Ghetto: Mill Valley, CA.

Special thanks to: Adele Gladstone-Gilbert, Daniel Gilbert, Peter Kaukonen, Jeep, and to the memory of Deborah Gilbert (1924-2009), with love to all.